Spending the Winter in Sydney

Any update on my travel

It's been a while since I updated my blog! The last couple of months I have been working in a little coffee shop in Darlinghurst, Sydney to save up some money for my/our next road trip. The plan is to hit the road with a couple of friends and do the East Coast, mainly to visit Byron Bay, Brisbane and the Gold Coast. It is the first time my friends have visited Australia so they have no idea what to expect. 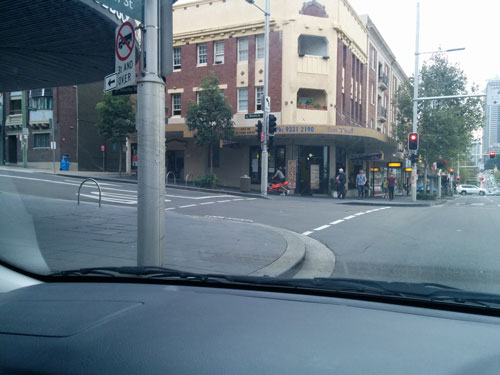 The decision now is to decide whether we buy or rent our next recreational vehicle. And whether we should get something small like a van or something that also includes a toilet and shower. Our budget is a main concern but also reliability and safety! 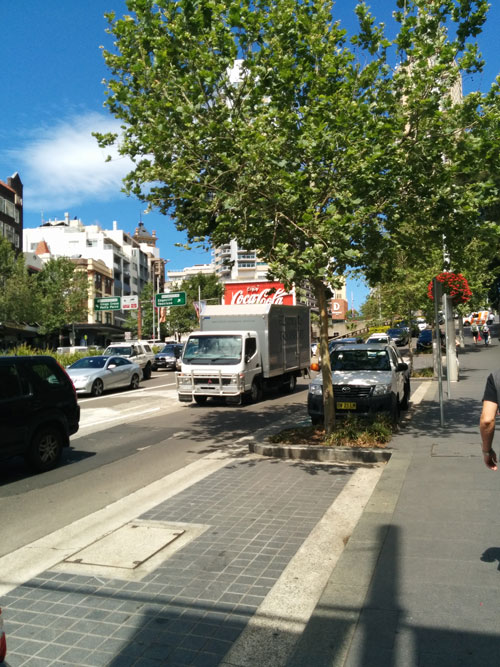 Just past Staaten National Park today, not much internet out here obviously, not much else either TBH, but nice scenery. Thank god I found a servo in time, almost ran out of petrol (here's a great tip, if somewhere says last petrol station for x miles, it means you really should top up, even if you've got plenty in the tank). 4WD may be helpful if I ever go offroad, but boy does it eat through petrol.

Heading on to mornington island from here, long drive ahead yet though, this empty space between Brisbane and my destination is bigger than europe!

Really glad I'm in a self contained van though. I've literally been driving as far as I want each day and just snoozing in the van wherever I choose. It was a bit scary doing this out on an empty desert road, but the money I've saved on avoiding motels in small country towns has already basically paid off the van.

Back to driving, talk to you all again soon!

Late night musings in my van

Did I make the right choice? 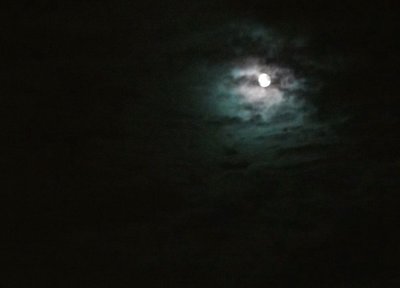 Life can be strange on the road. I've now spent almost two weeks in my camper, traveling Australia's coast on my "big adventure" and I still can't get to sleep some nights from the excitement of being out on my own, sleeping in wild places with only my van's walls between me and all of nature outside.

I'm having one of those nights tonight, I can hear thousands of different chirping crickets, and bugs bashing themselves against the window trying to get into my van and reach the reading light I've got on inside.

Not too much to report from last time really, spent the day hanging out with some German tourists in a park just off from Townsville. Made it there in amazing time. I'm so increadibly jealous of the German's RV though. They've got the works: a full oven, propper wide beds, powerpoints, satelite TV, even showers! Made me consider dumping my little thing alltogether and joining them for the rest of the trip! But deep down I know that they won't be getting anywhere near the experience I'm getting, with all their luxuries they've barely left home at all. I have to keep reminding myself that it's almost the complete opposite of why I came here in the first place. I came here to escape the hustle and bustle of the busy life. I came for an adventure. I'm not here for satelite TV and staying inside the whole trip. I really love getting out and meeting new people at the caravan parks I've stopped at, the kind of rough and tumble way of living that you get being in a smaller van. It's not perfect, but that's half the fun really.

That being said, it would be nice to be able to charge the laptop! I guess that's all for tonight, if you're reading this and traveling round Australia too leave me a message or something, maybe we could meet up!

Till next time,
Julie 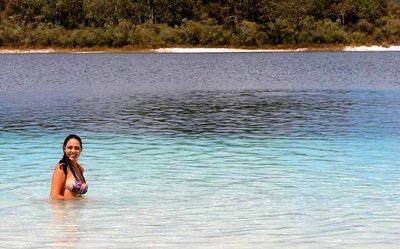 Okay so once I started I couldn't stop, so I'll make the most of the free wifi while I've got it. I'm currently on a driving break at Gladstone, but I'll fill you in on the last few days first first.

Wed 4th: So far no more dramas. I've decided to spend one more day on the Sunshine Coast before moving on to Hervey Bay. I've got a day trip booked to travel over to see Frasier Island tomorrow so I don't want to miss that. To be honest, I think if I did miss that it would still be covered by my insurance considering the accident, but I think I'll avoid adding to the paperwork. I've been exploring Noosa national park and Sunrise beach today, and it's complete paradise. Honestly I could easily spend the rest of the holiday here, but this trip's about the adventure, and the Kimberley awaits! There are so many wild turkeys around here, it's amazing. Hope I don't hit one with the camper! That would be just my luck.

Thurs 5th: Camped yesteday night at the Great Sandy National Park, and woke up to an amazing sunrise. Then realised I wasn't allowed to park where I was without a permit so I shuffled on pretty quickly after that! I should probably just buy a universal pass for camper-parks... if they exist? Arrived in Hervey Bay with two hours to spare, so I spent my time exploring the town. So many historic things to see. Also cooked a fry-up on the camper's built in stove for late breakfast. I would 100% recommend anyone doing a roadtrip get a camper just for the convenience of having a kitchen alone. Never felt so independent and free. Currently on the ferry over to Frasier island. Excited!!!

Fri 6th: Yesterday was amazing. Drinks on Frasier, met some amazing people, guided tour of the island, and a trip to the center where the bluest cleanest freshwater lake you'll ever see is located. It is a must visit spot! Headed back to the mainland around 10pm and fell straight asleep in the camper. Early start to avoid paying for parking again and I headed off to see how much headway to Townsville. It's a 13 hour drive and I've still got about 4 hours sunlight left, so I'll see how far I can hold out. One of the great things about not being tied to hotels, you can stop and start as you please. Currently pulled over in gladstone to cook lunch, but saw a bakery and now I'm considering just buying a pie and some pastries for the road. Got to keep driving!

So that's where I'm at so far. So many amazing sights already, from the Glasshouse mountains, to Noosa, to my definite favorite Frasier Island. Still a long way to go to reach the Kimberley, haven't even left Queensland yet, but I'm sure my trusty camper and some serious driving will get me there with plenty of time to spare. Speaking of which, I better get a move on! Townsville here I come!

Setting Out In My Lonely Camper

A few bumps in the road

Hi I'm Julie! I'm an advertising exec from Brisbane and Kiwi expat, and I'm currently exploring the top end of Australia with the help of my trusty campervan 'Duncan' (don't ask). I've been on the road for about a week now, I set off the day after my 31st birthday, and it's actually the first time I've traveled on my own. Not that you ever seem to be on your own when traveling! I've met so many great people at stops already, and have had dinner with friendly groups of fellow travelers quite a few nights since I set out. I never even knew that camper travelers have such a community happening.

Before I even get into telling you about the adventures I've had (so many), I'll tell you about how leaving Brisbane went, or didn't as the case may be. Actually maybe I'll just pull some bits out of my diary, that'll give you the best idea.

Friday 30th:
So apparently it's not a good idea to leave hiring a camper to the last minute! Thankfully the guys at the rental place were very friendly and pointed me to this site seeing as they were all out. That was close. I think I actually saved some money in the long run using the website, because it compared all different companies. Maybe not though, because I did have to pay extra for booking so late. Either way, note to self: don't book so late next time!!! Ugh stress.

Anyway now I have a camper parked outside my house, and am leaving a day later than planned. I originally wanted to get an RV with the works (TV, shower, toilet, and lots of space) but who am I kidding I'm not made of money. I settled on a reasonably sized thing that's basically an oversized panelvan, but it's got bedding, cooking stuff (I didn't even know you could get this), and aircon thank god. All up I'm pretty pleased but I'm a bit worried about fitting everything in! So far I've only put in clothes and I'm already running out of space.

Back to work I guess.

Sat 31st: I chose a camper to get away from the stress of getting hotels and transport every night and it's already paid off in spades. I left late, typical me, and by the time I made it out of Brisbane's traffic half the day was already gone. I've made it to the Glass House mountains as the sun was already going down, but the scenery driving in was still amazing, sunsets certainly helped. All in all I'm staying another day here so I can explore it properly, but my god imagine if I'd had to book something when I got here, or only could stay the night and then had to move on again xD. That would have been a bad start to the holiday.

Tues 3rd: Woops no entry last few days. Bit of stress! Glasshouse was amazing but I may have slightly damaged the camper coming down the hill on the way out. There was a rock across the road I didn't see till the last minute [EDIT: looks like this is pretty common], not too bad damage but I had to get a towtruck and everything. In short, thank goodness I got insurance. Pro-tip for people reading: Get rental insurance, it's so worth it!!! I've now got a new camper and I'm hoping things run a bit smoother from here :/ I'm currently on the Sunshine coast, stopped in a caravan park with my new camper nicknamed Duncan because boy does he like to drink! Cheap petrol couldn't have been timed better. Dinner with new friends in the park in an hour, gotta go!

That's all for now, but that was certainly a rollercoaster week. I'll type up some more journal entries for the next few days when I get some more wifi.